Buddhism has returned to India in the 20th century, where it is widely seen as an answer to the horror of the Indian Caste system. 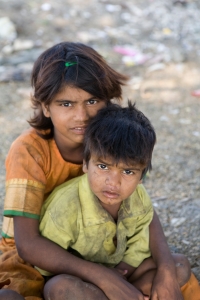 For over 2,000 years, Indian society has been divided into castes and sub-castes in a system of “graded inequality.”  At the top of society are the high-caste people who possess tremendous economic and political power, and at the bottom are the Dalits – the people formerly known as the “untouchables.”

Dalits are forced to live apart from other communities and are allowed to do only the filthiest and most menial labor. They have little access to education, health care, adequate housing or jobs, and they are frequently the victims of violence, including torture, rape and murder.

Casteism is the most pervasive and entrenched system of social oppression in the world today, resulting in the degradation and oppression of more than 300,000,000  people.  The caste system is so well established that it is accepted as the natural order, even by the people who suffer most cruelly under it.

AMBEDKAR AND THE REVIVAL OF BUDDHISM 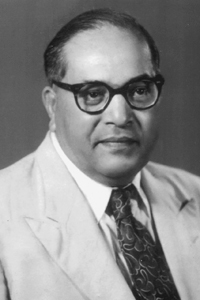 Dr. Bhimrao Ambedkar, one of the greatest social reformers of the 20th century, was a Dalit leader who was determined to reform Indian society and eradicate the caste system.

Born into a Dalit family in 1891, he traveled to the West in 1913 and won advanced degrees from Columbia University, the London School of Economics, the University of London and Gray’s Inn.  On his return to India in 1922 he became the most important leader of Dalit and low-caste people struggling for basic civil rights.  He argued eloquently for “the annihilation of caste,” worked to obtain political representation for Dalits, and eventually became India’s first Law Minister.  He oversaw the drafting of the Indian Constitution that made untouchability illegal.

During his lifetime Ambedkar realized that political and legal rights would never be enough to free people from the social and cultural discrimination of the Hindu caste system.  He decided that the solution was to change religions.  In 1956 he took the momentous step of publicly converting to Buddhism in Nagpur and encouraging similar conversions throughout India.  He saw Buddhism as a modern religion that is based on wisdom and compassion, supports tolerance and human rights, and speaks to the deep spiritual needs of all people.

Tragically, Ambedkar died only six weeks after his conversion.  But the movement he started has brought Buddhism back to millions of people in India.

For more information, please email us at info@DharmaJiva.org.